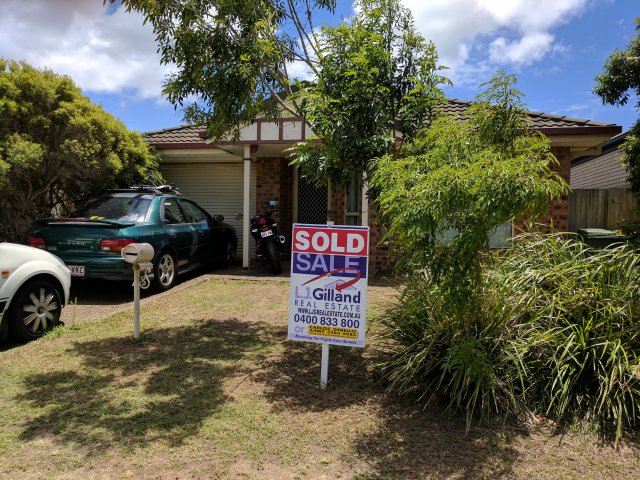 The round tower block regularly used as a setting for film and TV productions and converted into apartments in 2005, is in uproar after the failure of a bid to cancel a $5 million special levy to start work on fixing fire defects that could run to $7.4 million.

In the latest slew of legal actions, the NSW Civil and Administrative Tribunal (NCAT) awarded costs against a rebel band of owners who had sought to have the special levy suspended and remove the compulsory managing agent appointed by NCAT just last year.

NCAT principal Kim Rosser said in the decision that, “I have concluded that the applicants did not act reasonably in commencing proceedings”.

But shortly after that issue was settled, another long-term resident, TV commercial producer Paul Meredith, on Saturday wrote to other owners saying he’s personally putting $100,000 towards fresh legal action. In addition, he says in his note that he is happy to discuss giving out interest-free loans to any owners who have outstanding strata levies – which mean they’re not entitled to vote in future meetings – in exchange for them giving their proxy to vote to ‘a mutually agreed owner’.

When contacted by Domain, he declined to comment, saying: “I’m not interested as I do not believe it will benefit the Gazebo Owners Corporation.”

One owner, however, who spoke under the condition of anonymity, said the building had “become a basket-case. We’re sick and tired of all the legal actions, but it seems they’re never going to stop. And now it’s incredible to think an interest-free loan is being offered to buy votes!”

The trouble-torn building, once an icon of Sydney’s skyline, has rarely been without the dark cloud of legal action since its 89 apartments in the tower, and 60-plus units in the adjacent court building, were first occupied in late 2005.

Originally, much of the anger and many of the court battles were directed at colourful developer, businessman and decorated sailor Syd Fischer, whose development company 2EBR was fighting actions over claims for about $4.5 million in alleged defects, including fire problems, leaking windows and balconies, in the building.

Another issue was the private use, by the penthouses built on the tower’s roof space, of a third lift – which everyone else was paying for. In 2014 the Supreme Court overturned the penthouse residents’ right to use that lift exclusively. The same year 2EBR sold the main penthouse it retained ownership of, at the top of the 18-storey tower, for $8 million.

Finally, after a lengthy series of hearings, the Supreme and Appeal Courts ordered 2EBR to pay owners $135,000 in legal costs but in June 2015 it went into liquidation, so the bill was never paid, and the defects action was effectively cancelled.

Six months later came more agony when the City of Sydney Council issued a fire safety order against the building, requiring it to carry out extensive works. A special levy of $1.1 million was struck in August 2016 to fund stage one of the program.

After a number of rows among owners, a compulsory strata manager was appointed to run the building. Some appealed against the decision to appoint the firm Strata Choice, but their action was later withdrawn. The compulsory management order runs out on midnight this Friday, and an Extraordinary General Meeting has been set for Monday, at which all owners who are not in arrears with their levies will be entitled to vote.

Strata manager Daniel Cockerell, when contacted by Domain, declined to make any statement. “Because we are in compulsory management, we are not at liberty to comment,” he said.

It seems only one thing is certain at the Gazebo: even with the end of compulsory management, and owners taking their affairs back into their own hands, the arguments, and legal actions, are unlikely to stop any time soon.

Removing the Hassle from Sales and Rentals across South East Queensland. Aim to Empower other like minded Property Investors. L J Gilland Real Estate is a prestigious boutique agency specializing in Property Investment Management Services and the Sales of Investment Properties with tenants in place. Comprised of a top performing group of handpicked specialists, our Agents proudly serve Property Investors in Queensland. Since 1996 our Agency has demonstrated a genuine enjoyment of working with people, developing long-term relationships and delivering on the promise of great service. Carlos and Linda Debello offer property investor's the confidence to sell and lease in any market. We provide comprehensive market appraisals, exclusive multimedia marketing campaigns, and knowledgeable, highly personalized counsel on all aspects of real estate. Our Property Management Team is equally considerate, offering investors with in-depth advise, well-researched rental valuations, and highly professional rental management services. http://goanimate.com/movie/0M4bvcZzgIbI?utm_source=linkshare&uid=0u6RGtWsmlVc Carlos’ direct mobiles are 0400 833 800 & 0413560808. Linda’s mobiles are 0409995578 & 0414978700 (prefer email contact for Linda). Office 07 3263 6085. http://www.ljgrealestate.com.au http://www.yellowpages.com.au/qld/aspley/lj-gilland-real-estate-pty-ltd-14091356-listing.html http://au.linkedin.com/in/lindajanedebello http://twitter.com/GillandDebello http://www.facebook.com/pages/ljgrealestate
View all posts by ljgrealestate 据联大 →
This entry was posted in Uncategorized. Bookmark the permalink.
%d bloggers like this: